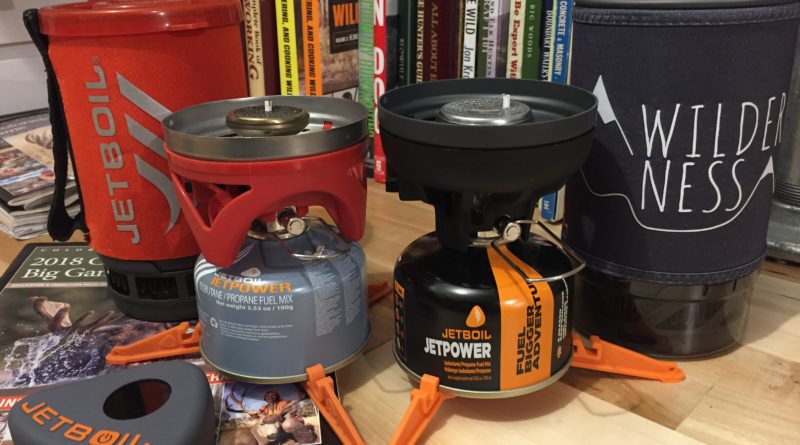 If you’re like most hunters and campers, you’ve probably had your share of camp stoves. If you need a fast, reliable and lightweight cooking system, you’ll be hard-pressed to find a better solution than a Jetboil Flash. Jetboil launched their Personal Cooking System in 2003. Today they make a variety of units to suit any camp cooking need. I’ve had several Jetboil’s over the years and I really like them. I recently had the opportunity to try out their completely redesigned for 2018 Jetboil Flash.

Note: Hunt Tested may receive a small commission if you purchase a product from the links on this page. This does NOT increase your price and helps to pay for the content you’re enjoying. Hunt Tested did receive product consideration in coordination with this article. All opinions belong to Hunt Tested.

The Flash is aptly named. The redesigned Jetboil Flash model takes just 100 seconds to bring water to a boil. That’s amazingly fast. Check out the video below to see it compared to the old model.

While I’m sure there are people that can make complete gourmet meals in their Flash. I primarily use mine for the pedestrian task of boiling water. It’s a good thing because that’s where the Flash really shines.  You can cook soups in it or ramen noodles, but if you want to use it for cooking anything other than water or soup I’ve found that it’s pretty easy to burn things in the Flash. If you want to fry something, you’ll either want the Jetboil fry pan that clips into the stove and has its own Flux ring for fast heating, or you can buy the pot support and use your own pan. If you need better simmer control, you may want to look at their MiniMo model.

How I use my Flash in the Field

When I’m on hunting trips, I do literally all my cooking in the Flash.

Pro Tip: Save the elaborate meal preparations for car camping trips with the family. When you’re hunting in the backcountry, meal preparation is about being fast and easy with no cleanup.

In warm weather where food spoilage is an issue or in really remote areas where every ounce matters, I’ll rely on freeze-dried food. If it’s been a while since you’ve had freeze-dried food, they’ve come a really long way in improving the taste of their meals in recent years.  Mountain House is probably the most well-known brand, and I recently tried some meals from Good-To-Go that were quite good.

Jetboil makes a variety of accessories.  One of the cool things about their accessories is most of them fold up or break down to fit inside your pot. Here are a few items that I think are must-haves to go with your Jetboil:

There you have it. I was an easy mark for Jetboil. I’ve used their products for years and had no complaints. All they did is take what I liked about my old Flash and made it better. If you do any level of camping, from car camping to backcountry hunting adventures, you’re going to want to have a Jetboil Flash along on your trip!