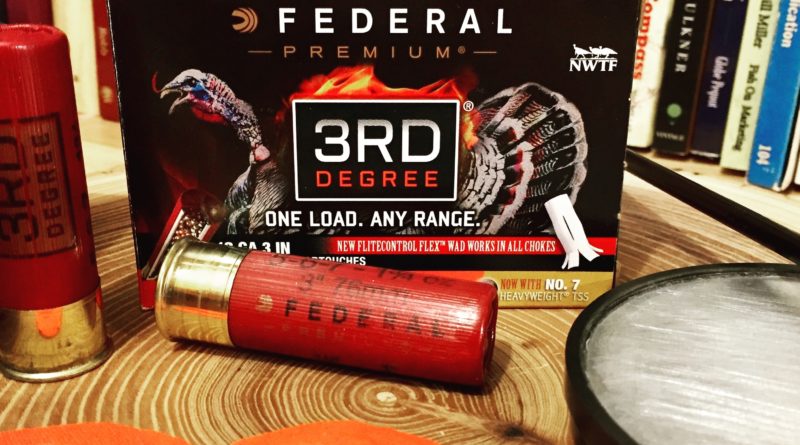 There’s something uniquely awesome about chasing turkeys in the predawn hours. I love sneaking through the woods while the world is waking up and then having the silence break with thunders of gobbles in nearby trees. One of the great things about turkey hunting is it’s an “Everyman” hunt. Most of us will never chase Big Horn Sheep, but there’s no reason that anyone with a little desire cannot chase turkeys. It’s reasonably easy to find land to hunt and you don’t need a ton of gear, but you will need a few basics: a gun, turkey loads, a call and a decoy. Here’s a list of my favorite essential turkey hunting gear that I used to bag my gobbler this spring. 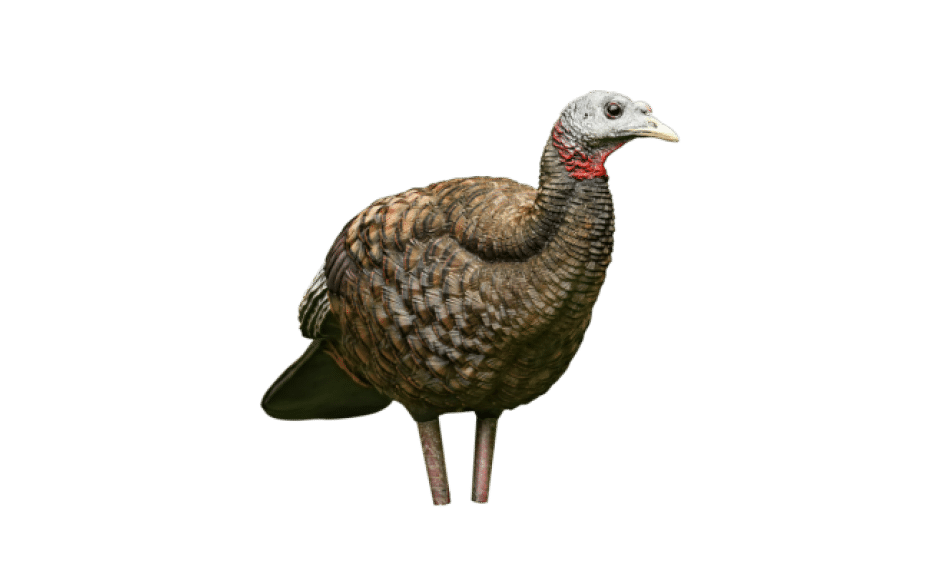 I think turkeys are getting smarter. When I started turkey hunting I had a foam decoy that loosely resembled the general shape of a hen turkey. It fooled toms all the time back in the day, but not so much anymore. Maybe its that more people are hunting these days and educating the birds. I’ve had to up my decoy game. They don’t come any more realistic looking than this Breeder Hen by AvianX.

It’s a lifelike collapsible decoy with incredible detail and no-flake paint. It’s made from a durable rubber material that should hold up to many years of use. A one-piece folding stake gives the decoy realistic movement without spinning. AvianX says that the hen is in a “receptive posture” that stimulates the mating desire of incoming Jakes and Toms. I’ll have to take their word on that feature, but it did seem to get my Tom’s motor running as he came in spitting and drumming. That alone made it worth the $75 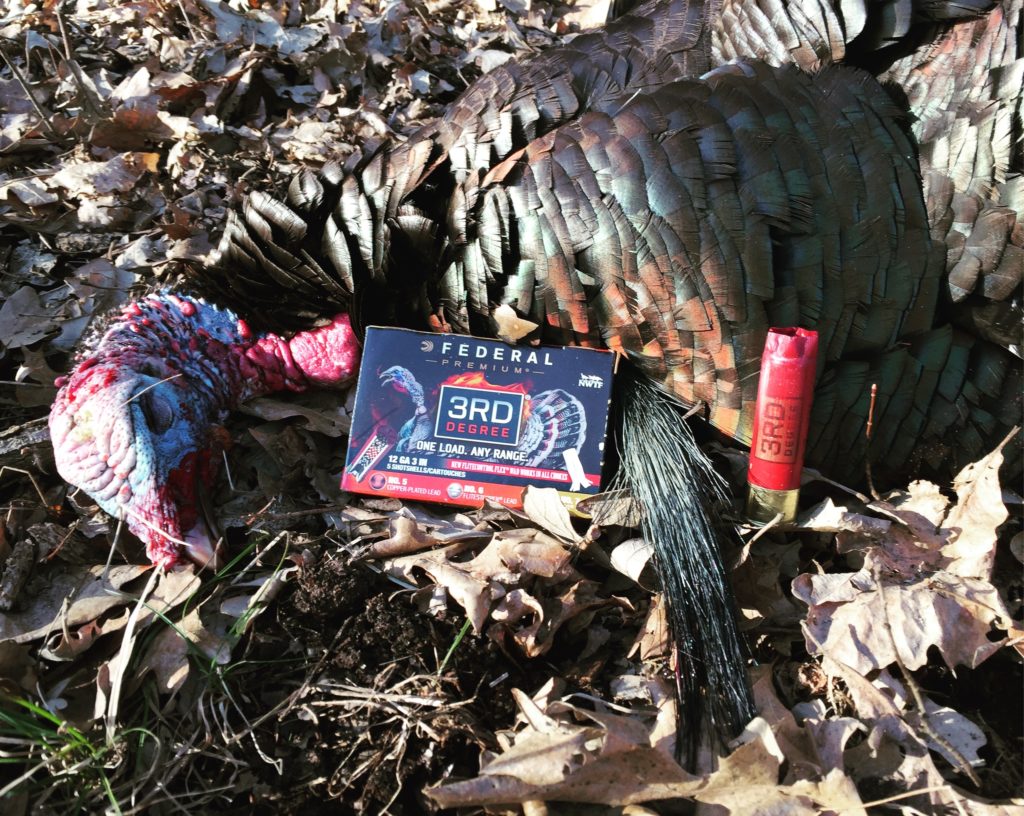 Despite what gun writers would have you believe, guns have not changed all that much in the last 20+ years. Ammo, on the other hand, has taken some quantum leaps forward in technology. I’ve long been a fan of Federal Cartridge company, or Federal Premium as they’re known today. They have a rich history and have led innovation in the ammunition industry right here in my home state of Minnesota.

Case in point is a really cool turkey load they’ve developed called the 3rd Degree. What’s innovative about this shotshell is they use a three-stage payload that creates optimal patterns across the spectrum of typical turkey shot ranges. They use 20 percent No. 6 FLITESTOPPER® pellets for forgiving close-range patterns. Next is 40 percent copper-plated No. 5 lead for lethal mid-range performance and 40 percent HEAVYWEIGHT® TSS for extra-dense, high-energy patterns at 40-plus yards. In my testing of this load, I found that it patterned extremely well with my Carlson Extra Full Turkey Choke, and as evidenced by the above photo, it dropped my gobbler in its tracks!  Federal also gives a portion of the proceeds to the National Wild Turkey Federation which is a nice bonus.  About $20 for a 5-count pack 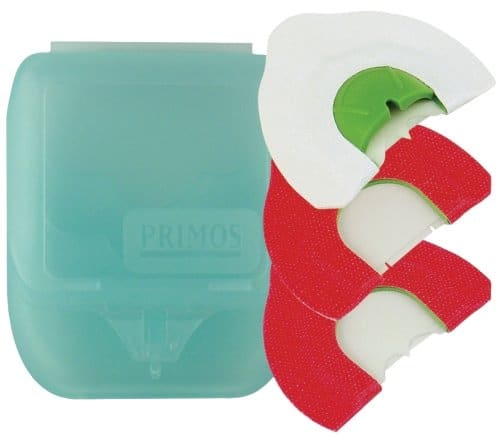 Slate and box calls have always been my mainstay for turkey hunting and I’ve had good success with them. Once I figured out how to use a mouth call, I don’t touch my other calls anymore. I’ve found that I get a better response to my calls with the mouth call and I love that it’s motionless and I always have my hands on my gun. I’ve been using this Cutter Pack from Primos. These calls are capable of producing sharp, crisp cuts that roll into raspy yelps. About $15 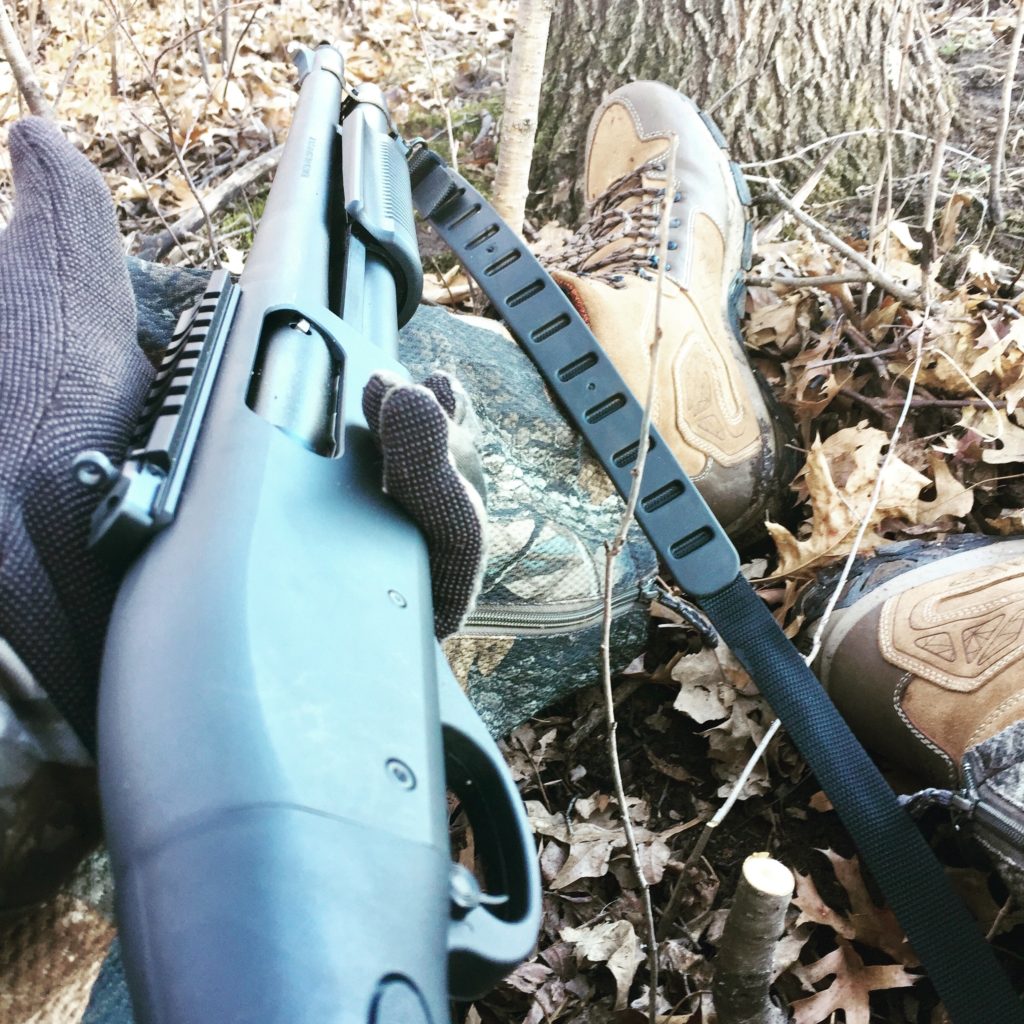 The tactical bug never quite bit me. I’ve always admired nice wood and blued steel. That said, you’ll be hard-pressed to find a better turkey gun than the Remington 870 Tactical.  It’s a quick pointing gun with a short 18 1/2″ barrel that I find perfect for maneuvering in a blind or in the brush. Hopefully, you’ll never need its  7 rounds capacity, but you could load it up and not worry about carrying extra shells. It comes with a “door-breacher” choke which is useless for turkey hunters but could be handy if your gun is going to do double duty as a home defense rig. I swapped the tactical choke for a Carlson’s Ported Extra full choke. My high-test Federals kick like a mule as they squeeze through the tight choke, but it patterns very well.

Another feature that I really like is XS Ghost Ring Sights that come standard with this model. The ghost right is fully adjustable for windage and elevation and the rail accepts optics and sight systems as well. This gun isn’t going to win any beauty contests, but its the right tool for the job. About $460

That was a rundown of my favorite essential turkey gear. Please comment below and share some of your favorite items for chasing Long Beards.