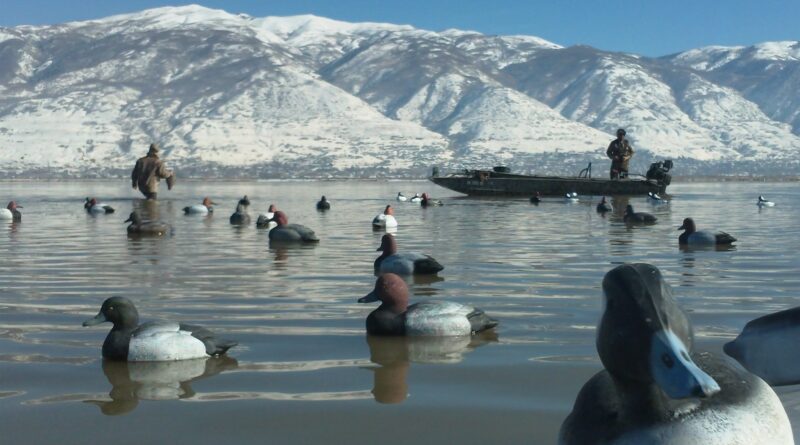 Since accepting a staff position with Delta Waterfowl Foundation nearly three years ago, the first, most common question I get is, “What is Delta Waterfowl?”

That’s easy! Our tagline says it all.

We are “The Duck Hunters Organization.” If the questioner prefers I get all formal about it, I’ll say, “Delta Waterfowl is a nonprofit conservation organization focused on duck production and securing the future of waterfowl hunting in North America.”

Nearly always, I then get the second most common question, which is: “What’s the difference between Delta Waterfowl and Ducks Unlimited?”

If I am in a smart-aleck mood, I’ll tell the questioner to refer to the answer to Question #1. But honestly, the objectives and programs of Delta and DU are both important to duck hunters, and are, in fact, complementary to each other. The differences are in how we approach the goals and the ways we measure success.

Ducks Unlimited is primarily about conservation and preservation of waterfowl habitat — wherever it is — north, south, east, or west – Canada, U.S., or Mexico. Largely, DU measures success in acres of wetlands conserved.

As The Duck Hunters Organization, Delta measures success in the number of ducks produced to end up over your decoys in next fall’s flight.

We align four primary pillars in support of that goal. They are:

So there are the answers to the most common questions, I’m asked about Delta. If that’s all you want to know, then the conversation stops there; we wish each other good luck, and we go huntin’.

However, I’m so proud to be a part of Delta Waterfowl and excited about the work we do, I can’t end the story there if the questioner offers me any glint of additional interest.

So, if that’s you … here’s the meat that truly makes Delta “The Duck Hunters Organization.”

Delta has two main initiatives in this category. Both seek to effectively and cost-efficiently optimize the number of ducks produced primarily in the breeding habitats of the prairie pothole region in Canada and the United States. In any given hunting season as many as 70 percent of the ducks migrating down all four flyways are produced in the PPR. That’s why Delta focuses most of its effort in this region.

Another important fact is that 90 percent of the factors that influence duck populations and production occur during May, June, July, and August. Where are the ducks during those months? The answer is: On the breeding, nesting, brooding, and rearing grounds of the PPR!

A prime Delta duck production initiative is the Hen House program. Delta and its conservation partners currently maintain (and are actively seeking to grow) a fleet of more than 9,000 of these nest structures primarily in the PPR. They are used almost exclusively by mallards, which are highly adaptable when it comes to nesting locations. Research shows a hen mallard using a Hen House is as much as 12 times more likely to pull off a successful hatch than a hen nesting in a traditional upland nest on a hillside just a quarter-mile away!

Since mallards are already the most populous of North American duck species (in the world, actually), the question might be asked, “Why focus production efforts on mallards?”

Well first, mallards are, by far, the species most adaptable to and accepting of Hen Houses. Secondly, working with the species of highest population means it’s possible for Delta to have the greatest impact in producing sheer numbers of ducks additive to the fall flight.

Another Delta duck production initiative is Predator Management. The No. 1 cause of nest failure in the PPR — for all species of ducks — is nest predation. If a nest fails, there’s a 90 percent chance some other critter ate or destroyed the eggs on the nest, caught and ate the ducklings, and/or caught and ate the hen.

Delta undertakes direct predator control during the breeding season by hiring and coordinating contract trappers. Their primary focus is on the region’s biggest predators of duck eggs — raccoons and skunks.

Delta has been studying Predator Management since 1994. Trapping is focused in areas of the highest nest concentrations and has been shown to significantly increase nesting success. In some untrapped blocks, researchers have documented virtually zero nest success. While in nearby, nearly identical cover where Delta employs trapping, nest success can be 50 percent or even higher.

Delta does not seek to acquire large tracts of wetlands and lock them up for a single purpose, and our focus is on breeding/nesting habitats because that is where we can have the greatest impact to produce more ducks.

To conserve these acres for both purposes, Delta seeks to influence agricultural and conservation policy in the United States and Canada to come up with ways to keep wetlands viable for ducks. Delta has experienced historic success in pioneering the Working Wetlands program, which has become the USDA’s Prairie Pothole Water Quality and Wildlife Management Program. In Canada, Delta’s conservation policy work has resulted in Manitoba’s GROW initiative.

Pushing boulders uphill through the halls of government is not nearly as sexy as trapping raccoons and skunks or witnessing a clutch of mallard ducklings plopping into a pond from Hen House, but it’s every bit as important when it comes to producing more ducks to add to the fall flight.

All of the duck production efforts Delta explores and undertakes are ultimately driven by science. Delta is among the world’s oldest waterfowl research organizations. It can trace its founding back more than 110 years and to conservation giants such as Aldo Leopold. Delta’s research and education programs have laid the career foundations for countless of the world’s leading waterfowl biologists and wildlife managers.

This proud tradition continues in everything Delta does today. It’s only through research, documentation and education that maximum effectiveness and cost-efficiency can be achieved. And, of course, it’s the only way for new breakthroughs to be discovered.

This research and education heritage is about to be celebrated in a new book documenting the entire history of Delta Waterfowl. Titled “Delta Waterfowl: How The Duck Hunters Organization Shaped Waterfowl Conservation in North America,” it’s available for pre-order now and will be published in 2022.

“HunteR3” is Delta’s brand for its waterfowl hunter recruitment, retention and reactivation efforts. Under its First Hunt banner, Delta has long boasted the largest waterfowl hunting recruitment program in the world. Over the years, we’ve introduced tens of thousands of newcomers to the world of waterfowl hunting. The program targets not only youngsters, but what are called “adult-onset hunters” as well. Research shows that new hunters in their late teens, 20s and beyond are most likely to seek to repeat their hunting experiences and continue hunting on their own.

Personally, I’m most excited about Delta’s University Hunting Program, which is operating in 39 schools in North America to introduce wildlife sciences students to waterfowl hunting. Studies show that as many as 70 percent of undergraduate and graduate students in wildlife and land management fields have little or no connection to hunting at all. They don’t even come from families with hunting connections!

Since today’s students will likely be the leaders and decision-makers in the future with a great impact on hunting of all kinds, it’s important they come to understand and appreciate hunting. Delta’s UHP is all about making this introduction in a positive, controlled way. Even if the participants in UHP don’t become hunters themselves, they’ll at least have a positive impression and understanding of the heritage that’s so important to us, which frankly, will continue to pay their salaries in most any wildlife career path!

Another important component to Delta HunteR3 is Defending the Hunt. These are our efforts to promote and protect hunting opportunities. Delta jumps in when alerted to threats to waterfowl hunting opportunities on the local level, and gets on board in support of legislation to increase hunting opportunities such as opening Sunday hunting in blue law states and provinces or creating new seasons for species like sandhill cranes.

Ultimately, HunteR3 efforts support duck production, too. Without hunters, what reason is there to produce more ducks to begin with? And with any further decline in hunter numbers, there’s an inevitable decline in the resources available to conserve habitat, conduct research and education … and produce more ducks!

One (or Two) More Things

There are two other Delta offerings for hunters that I think are really cool.

First is the world’s greatest waterfowl ID guide! Part of my personal passion for duck and goose hunting is being a “duck geek.” I love the idea of being able to pursue so many species in so many places with so many different hunting techniques. Being able to tell one duck from another is a skill I’ve honed for myself over the years and I admire in those with whom I hunt.

Delta worked with the U.S. Fish and Wildlife Service to create the Delta North American Waterfowl Identification Guide. It’s so good, so comprehensive, it’s used in training wildlife law enforcement agents in IDing ducks and geese. It’s also printed on waterproof, tear-proof paper to last for years and years in the bottom of your blind bag. No waterfowl hunter — beginner or veteran — should leave home without one!

The other is the Delta’s Duck and Goose Hunting 101 Course available online from Today’s Hunter. It’s an online curriculum built to provide the knowledge and skills any new waterfowl hunter needs to enjoy their first successful waterfowl hunts on their own or with friends. (In the spirit of full disclosure, I’m biased toward this Delta offering because I wrote the course and produced it! However, there are others who think it’s pretty good, too, because it earned top honors in the Southeastern Outdoor Press Association 2021 Excellence In Craft awards.)

Since you read the HuntTested newsletter and you’ve made it this far in this lengthy tome, chances are you’re not a beginning waterfowl hunter, but Delta’s Duck and Goose Hunting 101 Course makes a great gift for your kids, grandkids or anyone who shows a spark of interest in waterfowl hunting.

The bottom line is, all of Delta’s duck production efforts require two things: money and volunteers. Virtually all of both come from hunters … that means from you!

You can attend a Delta Waterfowl event in your area. You can sign up for a variety of membership levels online. You can explore ways to make larger gifts to The Duck Hunters Organization. And/or you can step up to volunteer your time!

If you’re a duck hunter who wants to enjoy more ducks over your decoys next season … and every season … Delta Waterfowl needs your support. 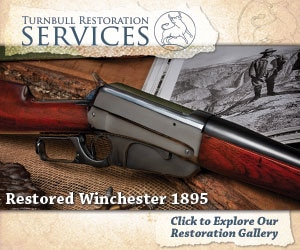